06/26/22: Membership Application Deadline to be eligible for AAOA Member rate for the 2022 Basic Course

The live stream of the 2021 AAOA Annual Meeting concluded on October 21st, but you can still register and earn CME/MOC credits. 4 hours of Pre-Work On-Demand content will be accessible until November 15, 2021. If you missed a lecture during our live-streamed content, do not worry. Most of the lectures will be available within the next week until November 15, 2021. Learn More

The Biden administration released two rules mandating vaccination in the workplace.  First, the Center for…

A Message From The AAOA President Michael Platt, MD, FAAOA

AAOA has launched a Partner Resource Center to bring you partner resources that can assist your practice and patient care. 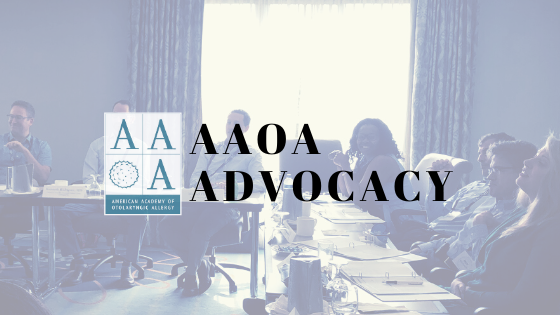 House Speaker Nancy Pelosi (D-CA) and Treasury Secretary Steven Mnuchin appeared to be moving closer to a deal on a fourth major COVID-19 relief bill before the election—they were approximately $300 billion apart on a package. However, the results of the November election leave prospects for an additional relief package very much up in the air.

President-elect Joe Biden’s victory over President Donald Trump has scrambled the negotiations. Despite tweets from President Trump urging Congress to reach a deal, the White House, including Secretary Mnuchin, has essentially pulled out of the negotiations, leaving Speaker Pelosi to negotiate additional relief with Senate Majority Leader Mitch McConnell (R-KY) who has a different approach to relief than the Speaker. Last week Leader McConnell proposed an additional $500 billion in relief, saying a larger package was not necessary in light of the news about the Pfizer vaccine and the better-than-expected jobs report; Pelosi is still advocating for a package worth over $2 trillion. She and Senate Minority Leader Chuck Schumer (D-NY) have spoken to President-elect Biden who is supportive of another relief deal and is making the COVID-19 response one of his top priorities as he prepares to take office in January.

How Speaker Pelosi and Majority Leader McConnell bridge this gap is unclear. Both have advocated for passing another package in the lame-duck session of Congress. At this point, we anticipate any additional relief deal will need to be considered by December 11, the same date that government funding is set to expire. We know that Majority Leader McConnell has expressed a willingness to support additional state and local aid, one of the Speaker’s top priorities. Her other priorities include support for testing and contact tracing, increased unemployment aid, and additional funding for the Paycheck Protection Program with new money for small business loans. Majority Leader McConnell’s top priority is liability protections that would apply to businesses as well as medical providers.

Congress is now considering if and how to intervene and address these cuts. Their efforts are complicated by the delay in the release of the final MPFS. The final rule typically is released around November 1, but is expected on December 1 this year as a result of the delay in the release of the proposed rule this summer. So far, two legislative options have emerged: H.R. 8505 introduced by Representatives Michael Burgess (R-TX) and Bobby Rush (D-IL) and H.R. 8702, the Holding Providers Harmless From Medicare Cuts During COVID-19 Act of 2020, introduced by Representatives Ami Bera (D-CA) and Larry Bucshon (R-IN).

H.R. 8505 would waive the budget neutrality requirement in 2021, which would allow all MPFS services to be paid at the 2020 conversion factor. The cost of this would be paid for using unspent funds from the Provider Relief Fund. H.R. 8702 would provide MPFS services that would be paid less in 2021 and 2022 than they were in 2020 with a hold harmless payment to make up the difference in payment. All of the outpatient E/M services when billed with GPC1X, the complexity add-on, and CPT codes 99212-15 would be specifically excluded from these hold harmless payments.

While H.R. 8505 would provide relief to all providers, members of Congress are generally not supportive of using Provider Relief Fund dollars as an offset. There are also concerns about how to pay for H.R. 8702, but this bill has also divided the house of medicine—those who typically bill outpatient E/M services and do not bill procedures have expressed strong opposition and those who bill procedures are supportive. If and how this will be resolved is unclear at this point. CMS may address the conversion factor in the final rule when it is released, which could change the legislative calculus. Should Congress act, we expect this will be addressed in the end-of-year legislative package that needs to pass by December 11 when funding for the government is set to expire.

On Friday, November 5, the Occupational Safety and Health Administration (OSHA) issued an interim final rule with comment period establishing an emergency temporary standard (ETS) for employers with 100 or more employees.[1] Under the ETS, covered employers must develop, implement,…

Bottom line Recent class action settlement gives all out-of-network (“ONET”) physicians important – and often overlooked – rights under the Employee Retirement Income Security Act of 1974 (“ERISA”) in connection with repayment demands.[1] What is this case about? After paying claims submitted…